We remained at Hällevik for two more days waiting for the right winds to come and the 14 June we left and decided to go as far as possible.

It was quite cold so we were  so happy to use our very nice sailing suits during the night. It’s like carrying your own little house with you:-)
We sailed as much as possible during the night and made good speed but sometimes the wind just died on us and we had to start the engine.

Now and then the engine just stops! It seems to be a leakage somewhere that we can’t locate right now. It creates airbubbles, so we have to squeeze the fuelpump every second hour in order to remove the air!We had misjudged the amount of diesel needed so we had to make a small detour to Gedser in Denmark to fill up. It is a beautiful place so we didn’t mind.

After 34 hours and 211 NM we arrived to Orth on the island of Fehmarn in Germany, a little bit tired but very happy with our Hoppetossa! We had to stay a copule of days because of the fierce winds that seems to be following us on our heels. It was blow 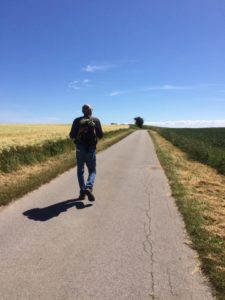 The 17 june we could leave and sail towards the Kiel Canal. When we arrived in the Kielerforde we found out the Kielerwoche has started and there were a lot of boats around us. And of course at that sudden moment the rudder decided to stop functioning and we went with a curve to port! The fix was only 5 minutes but meanwhile we were judging some middlefingers of very considered German sailors.

We spent the night just outside the locks because we wanted the rudder to be fixed in a good way before we entered the Kiel canal. The next morning we went through the locks, which by the way is not so easy, full of ships both big and small.  You have to jump down on a (very) slippery platform and then run around like a maniac to fasten your ropes. Puh!!  This time we were lucky enough to lay aside a ship with a bunch of helpful and nice german guys so it went well. The Canal is lovely and we were lucky with the weather, a clear blue sky and 27 degrees! We both look a bit like ginger bread now:-).

o the side and wait for them to pass. The channel is 98 km long and it took us almost 8 hours to go to the other side where we spent the night in Brunsbuettel just inside the locks to the river Elbe.

The next morning we set out for Cuxhaven. It is only about 2 hours of sailing from the locks, but with hard winds, big waves and the current against the wind it’s not always a pleasant trip. 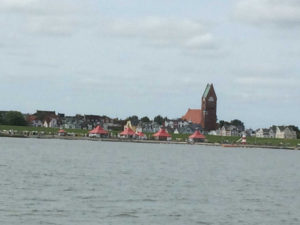 Next day we first planned to go to Norderney, one of the beautiful islands along the northern German coast.         Hard winds are coming(again) and we have to use the time when they are more moderate to go as far as possible.       Sometimes the predictions are contradictory and not so reliable though, so it’s not always so easy to decide what to do. Anyway we decided to see how far we could come, so it was time for night sailing again!

We had the tide with us and made so good progress so we realized that it would be better to continue a bit further to Borkum, where we would be at approximately 4 o’clock in the morning. But again we were faster than we had expected. It was still dark when we reached Borkum and it’s not a place you want to enter in darkness.

So after looking again at the weather reports, not good for the coming week, we continued to Holland… and arrived at Lauwersoog 5,30 in the morning, a bit tired after 18 hours on the unruly and very busy North Sea. There are ships and lights blipping and blupping everywhere. A bit different from Östersjön:-)

Because of the weather we are going to continue on the canals of Holland until it’s getting better out there. 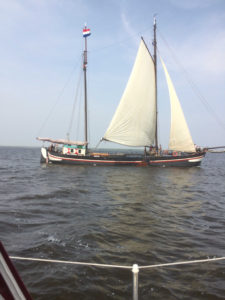 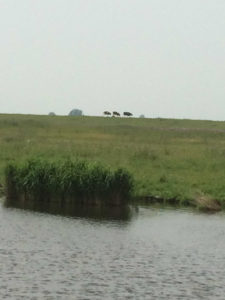 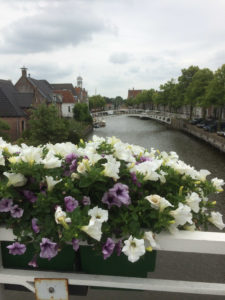 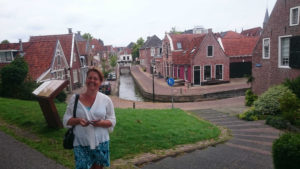 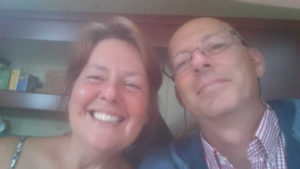