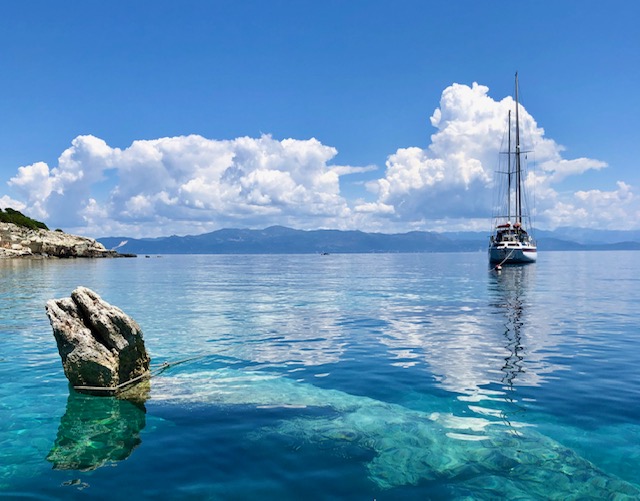 Because of the tide the difference in water level in the harbour is 6 meters! It’s fascinating and we’re not used to it yet but it will be the same along the whole coast of France. This harbour is a real fishing harbour, with the fishermen coming and going around the clock, so if you’re looking for a nice and quiet resting place this is not it.

But it’s a beautiful city! The old town with it’s defencewall from around 1230 is still there despite constant bombings from the english during the 4 year long!! german occupation in WWII.

The romans have also been here of course. Bononia as they called it, was one of their most important harbours and Caligula himself is said to have built a famous lighthouse here!

Due to the hard winds that’s following us around we stayed for three nights and the 13:th of July we set sail for Cherbourg… 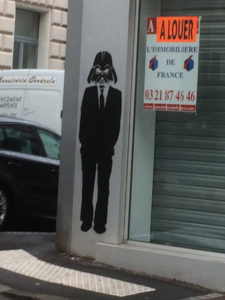 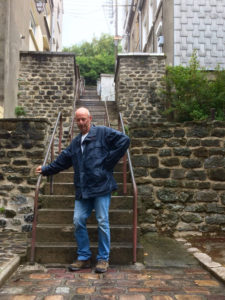 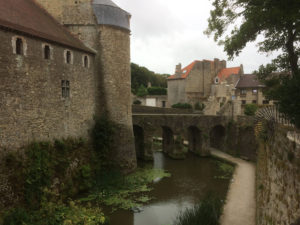 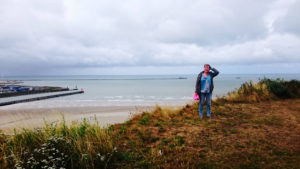 After 150 Nautical Miles and 25 hours of sailing we came to Cherbourgh just in time to celebrate the french National Day “le 14 juillet”!It’s  celebrated in the memory of the storming of the Bastille 14:th July 1789, which was the real turning point of the french revolution,but it’s also a celebration of the unity of the french people on the 14:th July 1790.Good to know for those who feel that the  Bastille Day(as it’s also called) is a bit too bloody to be real fun.

In the harbour, which by the way is sooo quiet compared to the busy Boulogne-sur-Mer, it was an enormous amount of fireworks and Hoppetossa was laying about 100 meters from the launching area, so the view we had was almost too good!! It was VERY impressive!! 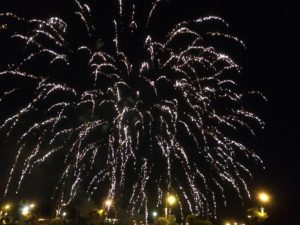 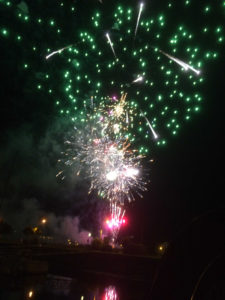 This city has had a lot of history going on.The Romans have (of course) been here but even the Vikings are said to have invaded it in the 9th century and after them came the Normans and after them William the Conqueror…….up until the German army 1939-1945.Because of it’s perfectly placed harbour it has in fact been invaded and destroyed so many times during the centuries that it’s difficult to see any unity in the architecture. It’s not much left of the original buildings.

Thanks to the Gulf stream the climate is very nice so there’s a lot of exotic plants and palm trees everywhere.You can almost believe that you are in the Mediterranean.Nice! 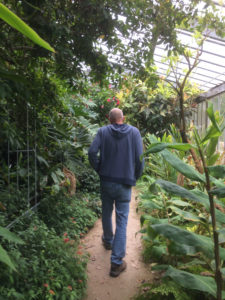 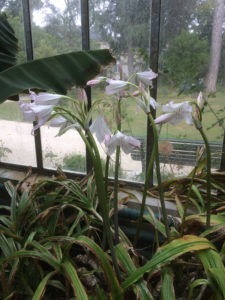 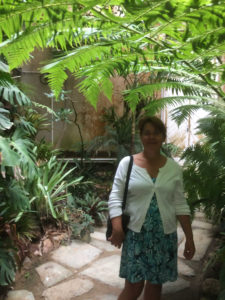 Being in the neighbourhood we wanted to visit one of the Channel Islands,but we had heard so much about how difficult it is with the tides, the currents, the shallow waters and the hard winds so we felt a bit unsure,but after intensive studying of weather reports,sea charts and tide tables we decided to try Guernsey anyway!

And that’s something we will not regret!If you haven’t been there yet you really have something to look forward too! 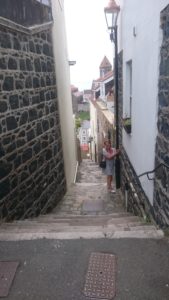 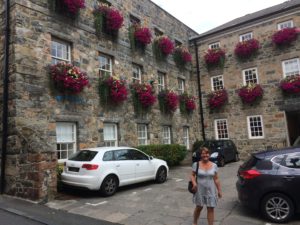 We are in S:t Peters Port or Saint Pierre Port in french.It’s the capital of the island and it has existed as a city since before roman times (yes they’ve been here too) so it’s mainly consisting of a lot of narrow streets, alleys and stairs meandering up and down the slopes and up and down the slopes. And there are flowers everywhere:-)It’s simply gorgeus♠ 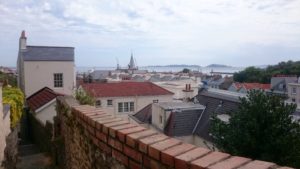 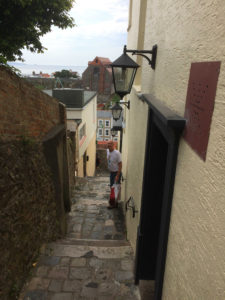 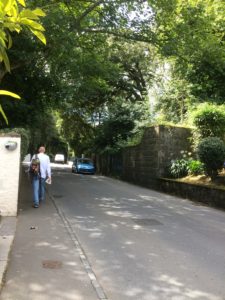 It’s not a part of the United Kingdom nor of the European Union so the new regulations about free roaming in Europe does not apply to these islands. Guernsey also has it’s own flag and currency, the Guernsey Pound, 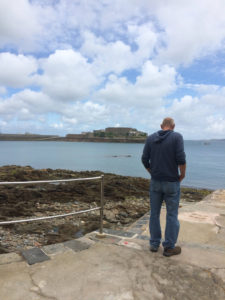 There are so many things to explore so we simply have to come back someday…:-)